Our performances are listed at absolutetheatre.org

Our performance venues are listed at absolutetheatre.org

Absolute Theatre is a semi-professional performing arts organization, performing five - seven shows a year. With over 250 directing credits from our founders, we offer consistent quality shows. 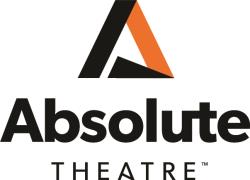 James Douglass, a double major in Theatre and Mass Communications/Public Relations from St. Cloud State University,  has worked nonstop in both professions since arriving in southeastern Minnesota in 1988.  He has more than 150 acting, directing, stage managing, scenic, lighting, and costume design credits throughout southern Minnesota alone  He is currently the executive director of communications, media relations and marketing at Riverland Community College where he has also taught theatre and directed productions. The National Council of Marketing and Public Relations (NCMPR) named James the 2016 National Communicator of the Year.